DaRoms.com has been a favourite side-project of mine for years. It was actually my first foray into the Web; started when my high school classmate and I wanted to create a method for our peers to share files for use on the school computers. It has evolved an incredible amount over the years and gone through periods of enormous popularity filled by gaps scarce of visitors.

Thanks to some really dedicated fans and a huge interest in emulation during the site's growth, I was able to venture down some pretty strange alleys, some successful, some disastrous, but always came out learning something important. I believe DaRoms has taught me more about the web, granted me more heart attacks, and many more lessons-learned than any of my other projects. 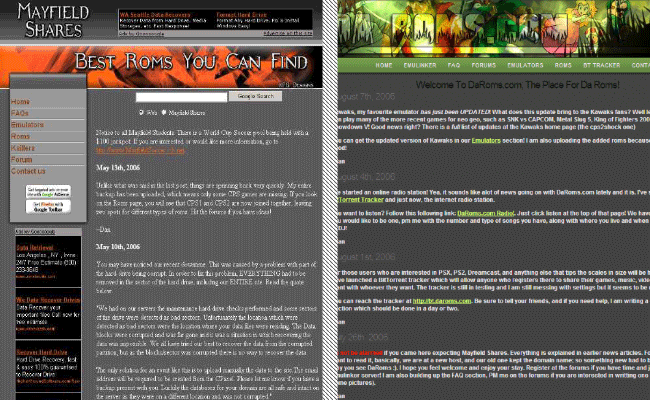 Know what you're getting into, I can't stress this enough. When we launched DaRoms, back when it was called MayfieldShares, it had very low visibility and was only targeted towards the 30 or so people in our class. Little did we know that after just a few months, the site would explode causing headaches, disappointment, and a great exodus. 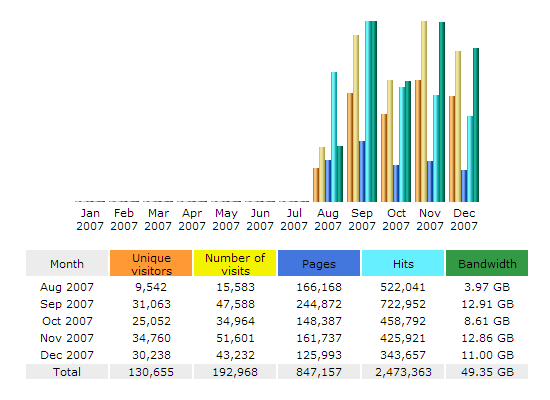 We switched the site to a new host in August of 2007 and, as you can see in the traffic information, saw an incredible jump. So there I was, 18 years old, without a shred of knowledge of PHP, without the understanding of valid HTML, and with a site generating over 30,000 unique hits a month. You could guess what happened next. DaRoms was using incredible amounts of bandwidth (note, the bandwidth reported in the traffic stats did not include actual downloads as they were on a fileserver), and outgrew the available resources on the fileserver.

Our host pulled our server and demanded a very large, might I add outrageous, sum for the overages DaRoms incurred for the month. The amount was not something a university freshman could come up with, so I decided to pull the plug. And like that, they were gone. 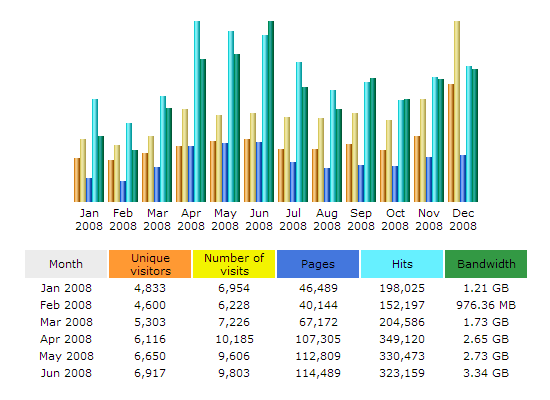 Yup, that's a difference of 25,405 unique users in just one month. Those who remained were the faithful and involved in the community we had built over the year or so, but these traffic numbers were no longer bringing in sufficient ad revenue to sustain the site.

This was the second huge mistake. After the files were offline for the good part of a year, they were relaunched with a freemium model put in place. This model let users download most games for free, but would charge points, a type of currency earned by community involvement or donations, for more popular downloads.

This had a very positive outcome for the community, but posed a very morally-questionable problem. I was essentially charging money for downloads, either through ad revenue or through donations. This is wrong, don't ever do this, especially if you don't actually own the content. Luckily DaRoms avoided legal issues throughout its short-lived immense popularity.

Getting rid of the bullshit

The downloads became free, and after a few months they went offline again. I just didn't have the time to build the site and maintain a community of that size while studying full-time at university. The users tapered off and eventually the site became a deadzone. I officially announced DaRoms would be closing for good.

I worked on some other personal projects during my studies, more notably, Lotus, which had me knee-deep in PHP and community management again. Lotus sparked many ideas and piqued my interest in minimal design. I quietly re-launched a very minimalistic version DaRoms absent of any community, tutorials, or ads.

What do users want?

Traffic climbed steadily, but slowed and eventually stopped. I was dead sure I would see a huge influx of visitors, the opposite of the original exodus, but it didn't happen. I had thought users wanted a place to just grab their games and go, that's why they all left when the downloads went offline, right?

Not quite. Looking back, I think users were too confused with the minimalism. DaRoms had always been a place with an active forum, a FAQ section, a comprehensive list of emulators, and the ability to browse through specific categories of games. Now users were looking at a striped text box and a list of search results.

Minimalism is great. It lets users focus directly at the content you provide without distracting them with flashy, unnecessary design. There is a line, however, that once crossed, minimalism becomes obscure. The problem wasn't that users didn't know how to search, they just didn't know what they were searching for.

Think about shopping for a pair of running shoes. The process usually involves going to a store or browsing the selection of shoes available online before making a purchase. Now imagine you approach the store and are greeted by the shopkeeper. He simply asks "Which pair of shoes can I get for you?". Unless you have a specific make, model, and colour in mind, it is impossible for you to make a purchase. Leaving users only with a search bar meant users could only, like the pair of shoes, come out with exactly what they wanted.

Okay, so what now?

I took a few weeks of my spare time pondering and sketching up ideas on how to maintain minimalism, still letting set-minded individuals get exactly what they want within two clicks, and provide undecided users the ability see what is available to play with. 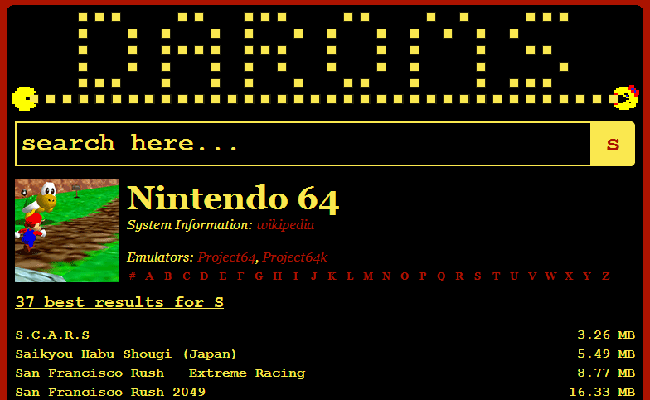 I decided to revive an older, more appropriate, and quite popular design I created a few years ago. There is less to maintain as guides, system information, and emulators are offloaded to the original creators. The site still lives on one page just like the failed minimalistic design, but with the power of the HTML5 history API, I was able to maintain history states and give the appearance and functionality of a multi-page web application.

The future of emulation + DaRoms

I don't want to say emulation is dying off, but it has certainly slowed down. Development of some of the most popular emulators have stopped. The current generation of consoles are not being emulated, with the exception of the unimpressively spec'd Wii, due to their sheer power and obscure architecture (I'm looking at you PS3!). So why bother with DaRoms anymore?

Let's face it- console sales are down. People are moving away from purchasing actual software titles since they would rather play the ad-supported free games. Attention spans are rapidly decreasing leaving less and less people willing to sit down for a few hours and play a game. But the games industry is still exploding.

Mobile gaming is where the money is these days. Smartphones are becoming common place with almost 50 percent penetration in some markets (source) and are rapidly becoming rivals to full-sized machines in terms of performance. With manufacturers touting phones that can push a console-quality experience at 1080p, we can see where the future of gaming will be- and I'm taking a bet that emulation will become wildly popular on these smartphones.

Just a quick search in the Play Store shows emulators of all type, some with over one million downloads. What DaRoms strives to provide is a simple, yet powerful means to get exactly the game you want while leaving you with the opportunity to discover new hidden gems. I designed the new version of DaRoms to specifically work well with smartphones; avoiding annoying captchas, terrible popup ads, and the need to drill down many pages just for a download link.

DaRoms will stick around for the foreseeable future as it no longer consumes many resources. I hope people are able to take advantage of the clarity of the site. As always, DaRoms has been a place where I've tested some bleeding-edge web technologies, so it definitely won't stop changing. If I notice a major pickup in traffic again, perhaps restarting the community would be in order, but for now the forums remain archived.

I will continue to write about DaRoms as it is my longest running and favourite personal project. I will definitely touch on issues faced with new tech, and am already planning to write about my most recent journey: the HTML5 History API. Exciting stuff!

Special thanks to all the users who have stuck around since MayfieldShares and to those who have help fund DaRoms over the years. Things wouldn't have been possible without you guys (: - daroms.com

If you are a reader from the GTA, you have probably heard about the PRESTO card. Just recently, GO Transit has announced that December of 2012 will host the last monthly pass sales. This means everyone riding the GO will require either a PRESTO

I've already published two articles regarding PayPal Adaptive Payments. The first dealt with generating a valid IPN response, where the second covered decoding the strangely-encoded variables PayPal gives us to work with. Today I will cover one of the last issues that seems common