I've touched down in Japan and have started seeping into the cracks of what some would call settled in. Speaking of seeping, landing in Vancouver brought terrible headaches and nose bleeds, something I've never had to face in the past while flying.

and a little bit of flight footage

I'm trying to maintain my connected lifestyle. It's going to be a little different here, since the locals I've met here so far all seem to hate computers. Offloading tasks, reminders, phone numbers, emails, and anything else to our digital friends (overlords?) should free me up a bit to get on with my studies.

Internet at home was fast and easy enough. I just yanked my router from my bag, jammed it in the corner, plugged her in, and turned off the PPPoE config I had for Teksavvy back in Canada. Speedtest.net says I'm on OCN, and I reliably hit at least 50Mbps up and down. Added bonus: I can connect to my wireless network from the streets, even though I'm 6 floors up. 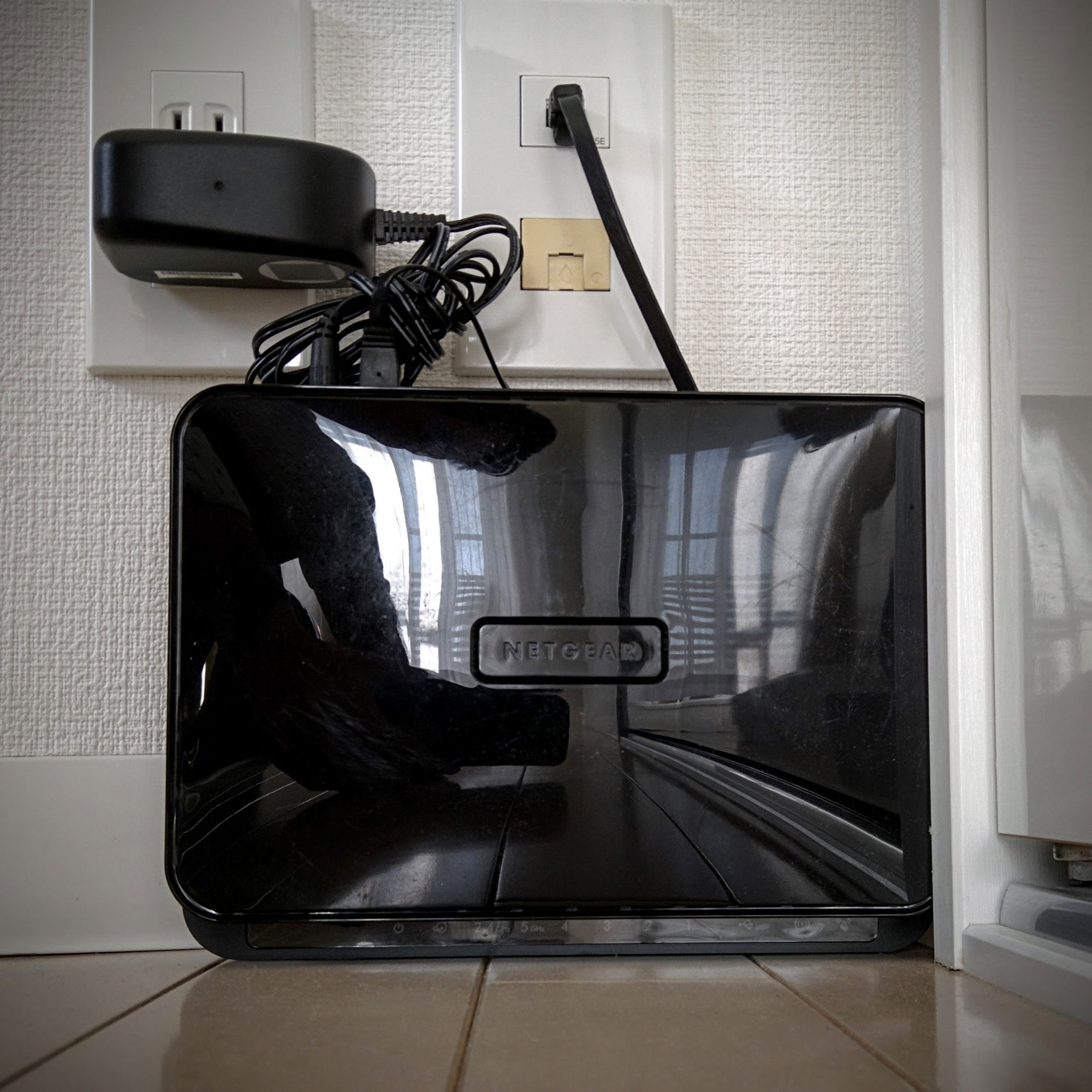 In contrast with how easy things were at home, getting a mobile connection in this country isn't very easy for foreigners. I can't speak in completeness about this subject yet as I'm yet to pay my first bill, but I do have a phone with a phone number and internet. I bolded that and because last time I was in Japan, I was able to get a prepaid SIM with slow-as-molasses internet, no SMS, no phone calls (thus, no number).

And then compare it with the conflicting lists on the internet of bands Japanese Telco use, I commend you! I started this process more than a few months ago and after much checking, found that my Nexus 6 should be compatible with Y!mobile's LTE which was listed as band 3 in some places and band 9 in others. 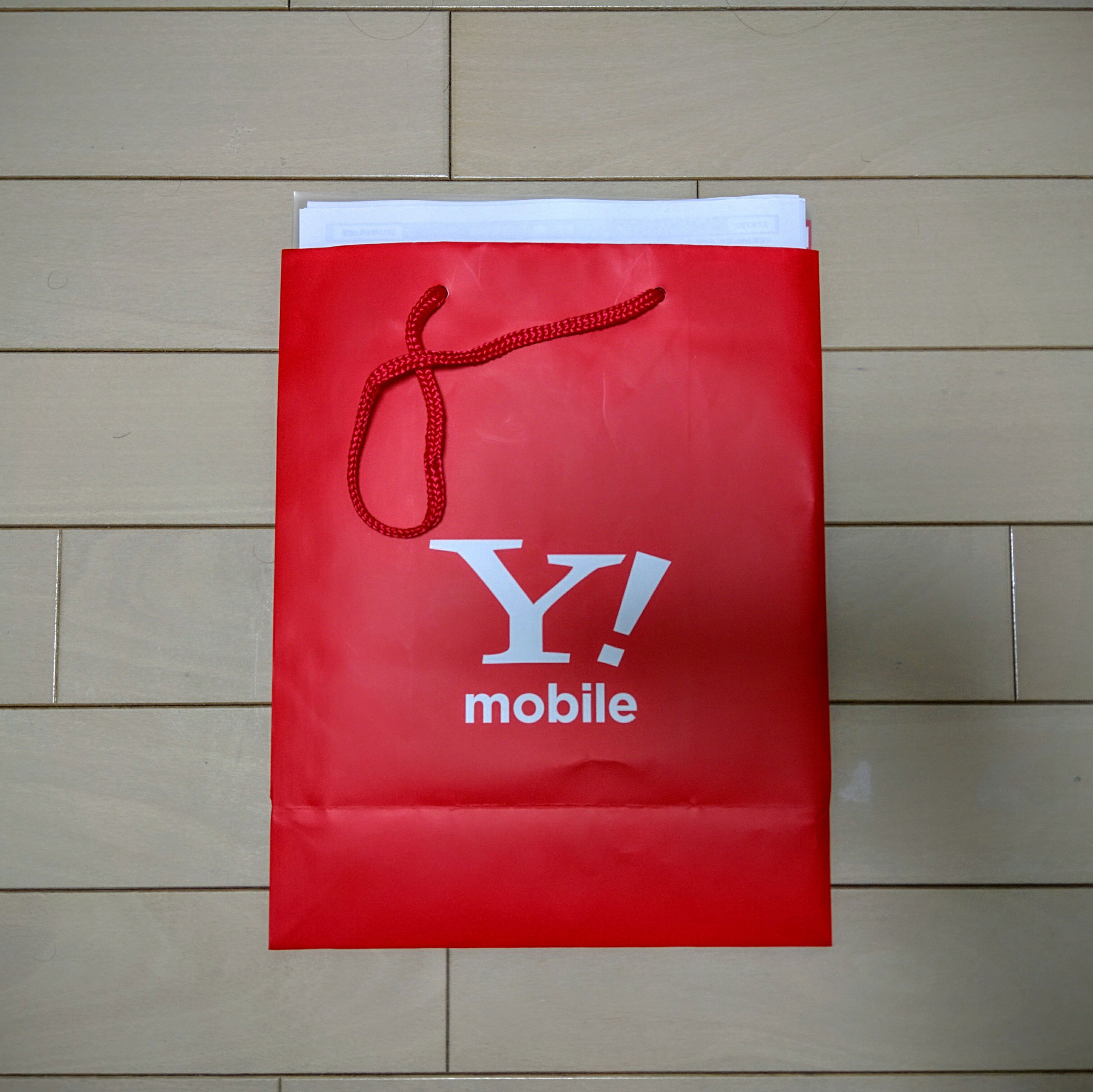 So I did it. I waltzed into Y!mobile at Q's MALL and signed my life away. I've never dated and signed so many papers in my life, but they all seemed necessary. The moment after the staff popped my SIM tray, slid in the nano SIM, and pushed it back in, I grasped my phone and watched the signal bar. My heart dropped, it was sitting at No signal - emergency calls only. Shit, I thought, and immediately started running through my alternatives. The Nexus 5X was going to launch at the end of the month here, should I just hang onto my useless SIM and then drop $600 on a new phone? Crap that's expensive, and I just bought this lovely Nexus 6. Wouldn't it be kind of a regres...

I was saved. My trail of expensive thoughts was promptly erased and washed away in the waves of cool I knew it would work. Speed tests fetch around 30Mbps, though sometimes as low as 10Mbps out of a theoretical 112.5Mbps[1:1]. 3GB of fast data and 300 phone calls under 10 minutes each for under 4,000円, not bad considering I paid almost the same thing for 1GB of slow prepaid data that would kill my Galaxy Nexus in about 4 hours of use. 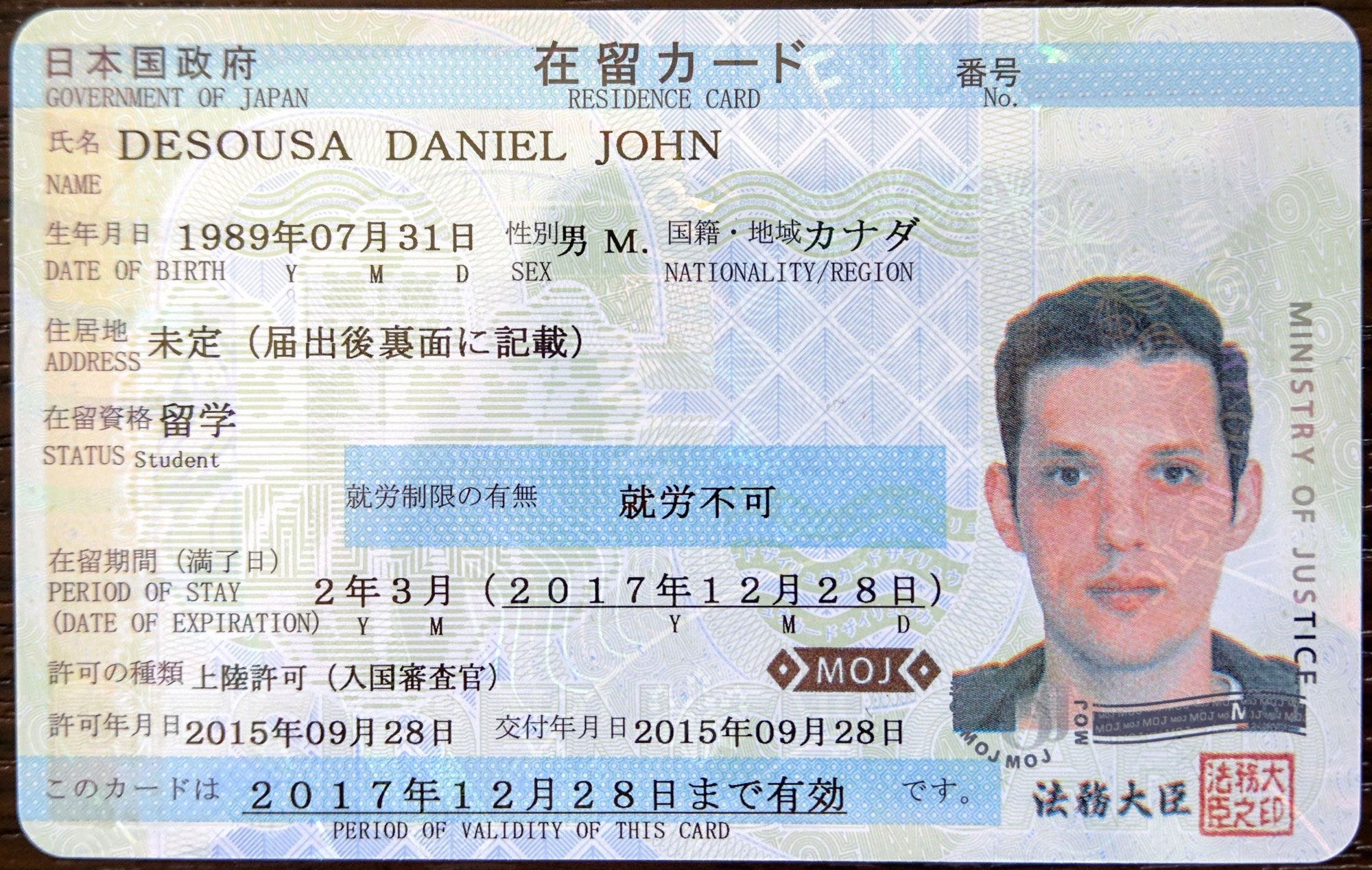 Registering for this was fun. First the card is issued to me directly at customs, but it's required I register my address within 14 days of arriving, so I did just that. Wandered into my ward's municipal office, grabbed a number and waited. This was pretty painless, though all the paperwork was in Japanese only. Understanding birthday, today's date, and name were enough.

I'm a bad citizen because I still haven't registered for National Health Insurance. This is mandatory for people staying over three months, so I'd better get this sorted out when I can. Apparently, I have to wait a couple of days for some more documents to come before I can return to the municipal office and finish it off. I love how this is handled at a municipal level, though, rather than the provincial (or prefecture?) level.

Oh yes, the reason I'm here! I wrote, and got killed on my placement test. Needless to say, I'm as much as a beginner as possible and will be placed into a class accordingly. Opening ceremony and book buying (sigh, books) day is on October 6th with class commencing the following day.

The placement test was purely kanji and grammar based. It was necessary to know quite a bit of kanji (okay, probably just all of the N5 stuff) to get through the test. With most students coming from other places in Asia (mainly China and Taiwan), understanding basic kanji is kind of expected. I have a bit of a mountain to climb to reach what most of the others are entering with! 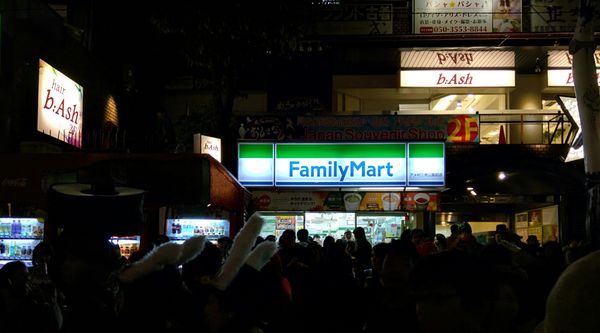 New York is known for being the city that never sleeps. Osaka, at least thus far, is a city that seems to take its sleep seriously. Contrast between day and 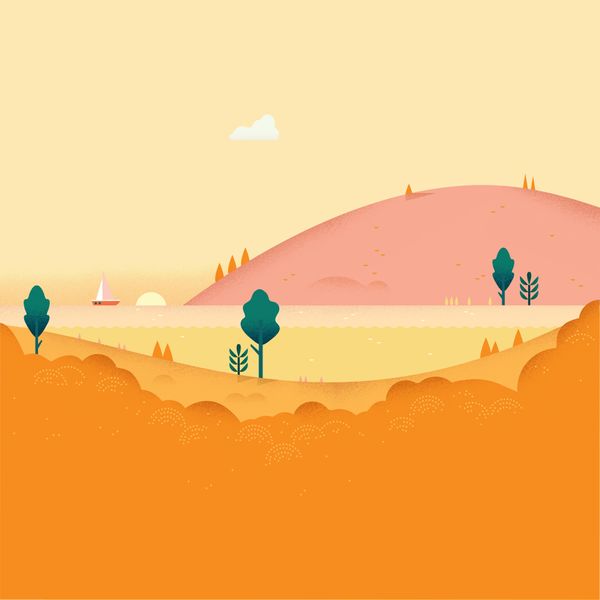 The end of summer looms ever closer, and although the warm weather is winding down day by day, preparation for my move overseas is ramping up. Here's where I'm at