The ADT-1 is a nifty little device given away to the lucky few who could attend Google I/O in 2014. Alongside those who received the device at I/O, Google opened up a request form for developers who were interested on making things for the Android TV platform.

In the hopes that one day ADT-1 owners will receive an OTA, perhaps to 5.1, I advise against flashing the custom recovery and just booting from it instead. You can only receive an OTA while running the stock recovery.

To boot into the custom recovery, ensure USB debugging is enabled and connected, then type the following into your terminal.

Your device will reboot and will most likely not display anything on your screen. To boot into the custom recovery, type:

Your device will reboot again, this time into the new recovery.

If you would like to root your device, now's a good time since we're already in the custom recovery. In the recovery, perform the following steps using a USB keyboard.

Return to your Linux / Mac / Windows machine and type the following to flash the SuperSU binary:

Back on the ADT-1, select go back.

Before we can actually edit the build.prop file to enable third party casting, we have to mount the filesystem. While still in the custom recovery we booted into, type the following on your Linux / Mac / Windows machine:

Now that the filesystem is mounted, we can pull the build.prop file.

Make a copy of the build.prop. A malformed build configuration can cause your device to be stuck in a bootloop or act in strange ways. Open build.prop in an editor, and change the ro.build.type property value from user to eng. Back in your terminal, type the following to push the modified build.prop to your device.

Now we have to fix the permissions of the file or else you'll be stuck in a bootloop.

Reboot your device by typing:

You should be able to cast all third party applications to the ADT-1 now. I've been able to replace my Chromecast used in the best media server I've ever used.

ADB over WiFi / network was enabled on the ADT-1 before the 5.0.2 OTA rolled out, but the essential line in the build.prop was removed for security reasons. Leaving your ADT-1 open to any device on your network can indeed be a security risk, but if your network is tiny and you know all the patrons, enabling ADB over WiFi / network can be very useful.

To re-enable ADB over TCP, add the following line to your build.prop while you have it open for the third party casting modification.

This will enable ADB on port 4321 again. You can connect to your ADT-1 using the following command:

I've kept this mostly to myself and some very close friends and family, but I figured I've already invested too much time into this decision to back out. This Autumn, 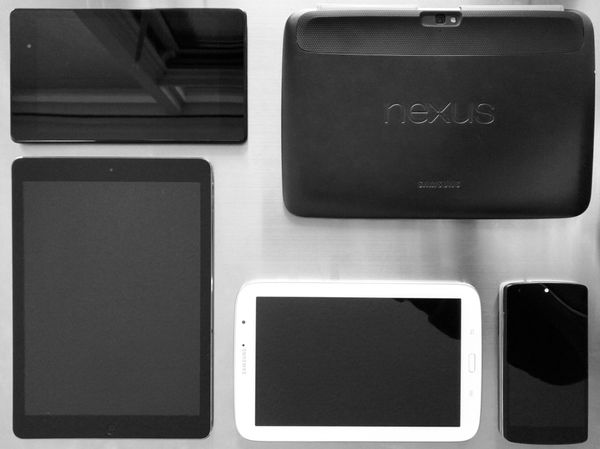 Often we struggle deciding what to do with our old phones and tablets. Trade-in values of these ever-quickening obsolete piles of silicon, lithium, and glass continue to drop as new